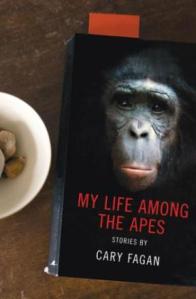 Cary Fagan’s My Life Among the Apes was longlisted for the 2012 Scotiabank Giller Prize and it’s easy to see why. Fagan’s stories are striking, the subtlety of his language enhancing the emotion within the human relationships he explores. Two of my favourite stories in the collection feature the public space of a diner, and the connection between people who interact seemingly on the most casual of levels. In “I Find I Am Not Alone on The Island,” a waitress forms a lifelong bond with a favourite customer whose name she doesn’t even discover until he dies. In “The Little Underworld of Edison Wiese,” a waiter who takes pride in his job despite the crappy working conditions spends an unusual New Year’s Eve at work. The unexpectedness of lasting connection is what makes these stories so lovely. The moment when the waitress, years after having left the diner, feels the need to share a literary allusion the customer had mentioned to her in passing, hints at a far deeper significance. And the scene where the waiter realizes the importance of his job is heartwarming.

My favourite story, “Wolf,” is about a Jewish man who returns to Germany to visit his granddaughter. Seeing a Holocaust memorial, all he can think of to say to his granddaughter is that he doesn’t feel qualified to judge it. How can he, how can anyone really, express such an experience? The tension between history and the present simmers throughout the story, inflecting his visit with much that is left unsaid. It’s a powerful story, and the ending makes you wish to read more, even as you feel the story had ended on a perfect note.

Oddly, it was the title story I found least affecting, about a bank manager who finds comfort in his obsession with Jane Goodall when he has to do a difficult task. The writing was good, but the story felt disjointed, and at the end I was, like one of the characters, utterly unmoved.

Overall however, the collection is a strong one. The simplest of details — a violin in “Wolf,” a lost magic trick in “The Floating Wife” — take on much significance, and Fagan’s writing teases your mind with so much that is deeply felt, but left unsaid. 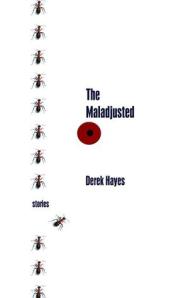 n the title story, a man is so terrified of leaving his apartment that he lowers a basket with cash from his fourth floor fire escape landing to pay the pizza delivery guy. “I have a mental illness,” he explains whenever people give him strange looks.

Such characters form the stories in Derek Hayes’ compelling collection The Maladjusted. These individuals go beyond awkwardness — some are painfully shy, others deeply insecure — and many seem acutely aware of the confidence with which others approach the world.

In the book blurb, Martin Amis calls Hayes “a talented new writer from Canada worth keeping an eye on,” and it’s easy to see why. Hayes’ stories are snappy and engaging, yet full of compassion. One of the first rules taught in writing classes is to show, not tell, and Hayes’ stories prove why this rule works. His prose is straightforward, yet restrained. His stories give the impression of presenting everything the narrator sees and thinks, while still holding back on so much more going on.

In “That’s Very Observant of You,” probably my favourite story, a woman regularly orders takeout Chinese from a restaurant with an attractive waiter.

“No, I’m not eating here. I always get takeout.” She smiled nervously and said, “My friend is waiting for me outside.” [p. 39]

Except she goes straight home, and when invited by a neighbour to a party, pretends she has evening plans with her sister. Truth is, she eats the meal while watching a video, the volume turned down low so her neighbours don’t realize the truth. “Her fingers rubbed grease into the folds of her flabby belly and legs” and she wishes her sister, the “only person in the world who loved her” was with her [p. 41].

In the hands of a lesser writer, this woman could have been a pathetic, maudlin mess. In the hands of a different type of writer, the story could have been a caustic take on the social pressure to conform, or perhaps on this odd woman who refuses to admit she’s alone. Instead, with Hayes, we get a figure so real, we can almost picture her in front of her TV. We get a character depicted with such vivid detail that she inspires compassion while having too much dignity to deserve pity.

The smallest detail means a lot, and the smallest shift in character behaviour implies so much more. The characters are on the fringes of society, or otherwise so screwed up that they’re unlikable, and yet Hayes manages to make them all feel real, and in making us feel something for them. I absolutely loved this short story collection, quick reads suited for the subway, with characters that will resonate long after you’ve arrived home.

Thank you to the author for a copy of this book in exchange for an honest review. 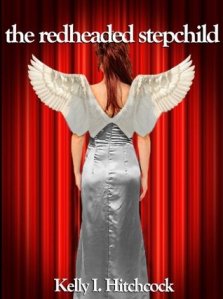 Kelly Hitchcock’s The Redheaded Stepchild is an impressive collection of short stories that moves back and forth in time to chronicle the strained relationship between Cady and her stepmother Katrina. It’s difficult to categorize Stepchild as either a novel or a short story collection — while each story stands alone, all the stories combine to form a cohesive narrative thread. I love the dual meaning in the book’s title — Cady is certainly a redhead and a stepchild, but the title also clearly refers to the colloquial use of the phrase “redheaded stepchild,” meaning someone treated worse than both biological children and other stepchildren.

This is certainly the case for Cady. We are treated in the first story to Cady at twenty, home from college and dropping by Katrina’s hair salon. When Cady admits her father hasn’t confided in her about his problems, Katrina reacts with disdain, declaring that Cady should “learn to communicate better with him.” Considering that Katrina herself hadn’t spoken to Cady’s father in a while, Cady understandably gets her hackles up: “I was still his oldest child. […] To [Katrina] my father was nothing more than a worn-out lover.” Unfortunately, Cady is too meek to stand up to Katrina, and instead ends up flustered and intimidated.

This dynamic pretty much characterizes their decade-long relationship, as Hitchcock chronicles it. Hitchcock works well with dialogue, juxtaposing Cady’s awkward, hesitant phrases with Katrina’s biting jibes. We see Cady’s emotional outbursts beside Katrina’s coldness. This is especially evident in “Pageant,” where Cady has her heart set on singing an original composition for her final high school pageant, and Katrina tears her down, saying Cady should instead stick to her usual cover of “Concrete Angel.” I don’t mean to paint Cady as a total victim, because she’s not. The best part of Hitchcock’s stories is that the emotional core is actually rather subdued, so that we sympathize with Cady rather than pity her.

The book as a whole speaks about Cady’s struggle for confidence and independence, for freedom not just from her cold-hearted stepmother, but also from her small-town life. With this in mind, I think Hitchcock’s decision not to tell Cady’s story chronologically works really well. I admit being a bit confused at the beginning — Hitchcock only notes Cady’s age after each story, and I didn’t like not being told how old Cady was up front. That being said, once I got into the rhythm of the book, it became easier to tell, if not how old Cady was exactly, at least at what point in her life we’re seeing her. She does develop as a character, and it’s great to see the subtle shifts in her concerns and her confidence level as she does. The first and the last stories work particularly well in framing Cady’s tale — set just a year apart, we see a marked difference in tone, and we can appreciate this because of all the stories in between.

While much of the focus is on Cady and her stepmother, I also liked reading about Cady’s siblings — by this, I mean her biological ones, since she feels more of an older sister protectiveness towards them. In one of my favourite scenes, Cady comes across an old school paper by her younger sister Teresa from 1st/2nd grade. Filled with spelling errors and an endearing backwards “e”, Teresa writes about how “Cafrin” is her hero. That story ends with Cady telling her father she goes by Catherine from now on, and that just about broke my heart. I love how strong the bond between the sisters is, and I love how Hitchcock used small details (the backwards e, a forgotten apostrophe) to evoke so much.

The Redheaded Stepchild is a touching, sweet book. It’s the small details that get you, and while Hitchcock sometimes has a tendency to go overboard with the emotional scenes, the stories overall do tug on the heartstrings. A very good book.

Thank you to the author for a finished copy of this book in exchange for an honest review.