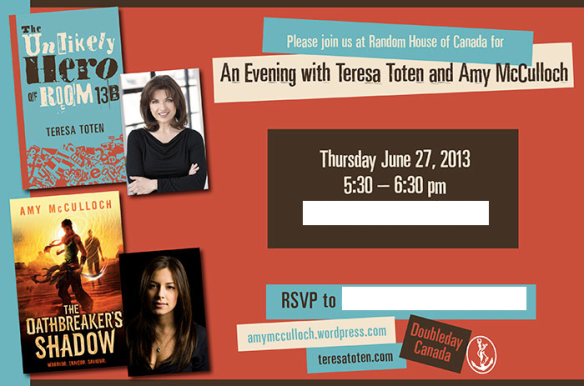 When I received this invitation from Random House of Canada, I had just recently read Amy McCulloch’s The Oathbreaker’s Shadow and had absolutely fallen in love with it. So I jumped at the chance to meet her, as well discover a new (to me) author Teresa Toten. 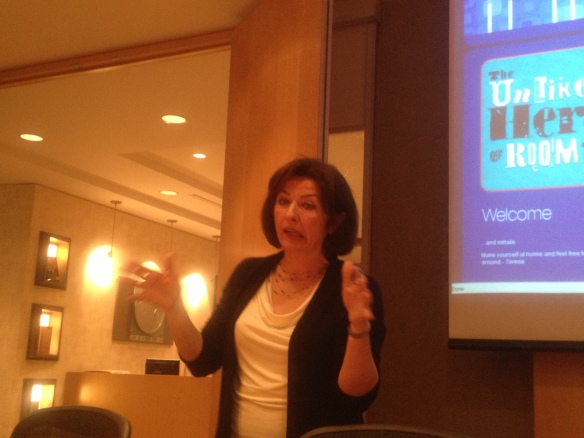 We got to chat with the authors over cupcakes and pop, and quite frankly, I think Teresa Toten may be my author twin. For her upcoming YA novel The Unlikely Hero of Room 13B, she was planning to use for her epigraph a quote from a song she thought we bloggers would be too young to know: Puff, the Magic Dragon. In particular, the line “A dragon lives forever, but not so little boys,” which always makes her teary. Thing is, that line makes me teary as well. The song is particularly memorable to me for the silliest reason: my mom got a perfect score when she sang it on a videoke (like karaoke, but on a home TV) machine, proving to my sister and I that she knew the secret to high videoke scores. I later learned that the song was about drugs, but personally, I’d always found the lyrics to be unbelievably sad, about the loss of childhood. My mom passed away a couple of years ago, and it’s the silliest memories, such as that of “Puff the Magic Dragon,” that remain. All that to say that Teresa Toten immediately won me over when she quoted that song.

Then she said she changed her mind about the epigraph, and instead decided to use a verse from “If,” a poem by Rudyard Kipling. She then launched into a heartfelt reading of the poem, moving around the room and basically pulling all my heartstrings that somehow always get stirred with that poem. Yes, the poem has probably been used time and again on motivational office posters, and yes, I wish the ending had referred to women as well as men, just because. But really, that poem has been my Invictus-type inspiration for the longest time. Probably the first time I got chills at an author event for bloggers, so thank you for that, Ms. Toten.

Her upcoming novel, The Unlikely Hero of Room 13B, is about a teenage boy with OCD, and it’s not just like us flippantly saying we have OCD, but an actual psychological disorder that forces him to spend half an hour outside the door of his own house before he can enter. I have a bad habit of calling myself OCD when it comes to editing stuff at work, but Toten’s novel shows it as an actual debilitating condition, certainly nothing to be flippant over. Toten’s website includes You Are Not Alone, a list of resources for anyone who wishes to learn more about dealing with OCD. Adam, the boy with OCD, falls in love with Robyn, a girl in his teen support group, and the novel tells their love story. As part of their support group therapy, each member has to come up with a superhero persona, and Adam, naturally, decides to be Batman to his Robyn. Seriously. And Teresa Toten is a punny enough author to pull this off. 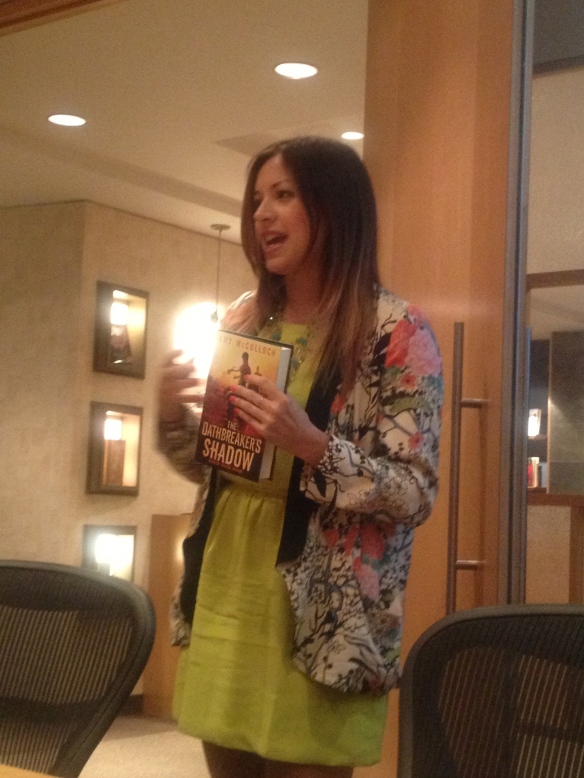 Amy McCulloch, talking about her book and her awesome Pinterest board

I read Amy McCulloch’s book The Oathbreaker’s Shadow and absolutely loved it. My review will be posted shortly, but mostly I was impressed at its Eastern influence, its unique, rather epic fantasy angle, and the way it manages to stand out among all the YA fiction in the market. The author spoke about her Pinterest board, where she includes images of the books and travel experiences that influenced her novel. Personal favourites the Dune series, the Lord of the Rings trilogy and Philip Pullman’s His Dark Materials trilogy are among her clear influences, which may explain why I loved this book so much, as were some pretty awesome travels in Cairo and Namibia.

The Oathbreaker’s Shadow is about a teenage boy who lives in a society where the breaking of a promise leaves you with a physical scar and forces you into exile. This boy grew up completely bound by the rules of honour, and aspires to be bound by oath to protect his best friend and future ruler of his world. Unfortunately, in doing so, he unwittingly breaks an oath he doesn’t even remember making, one that had bound him since infancy. The book is about his quest to discover the source of this oath, and find a way to free himself from it. It’s an amazing book, about duty, honour, and the moment when we realize that all we’ve lived our lives for may not be what we expect.

Amy McCulloch is an avid Tweeter. Follow her @AmyMcCulloch. 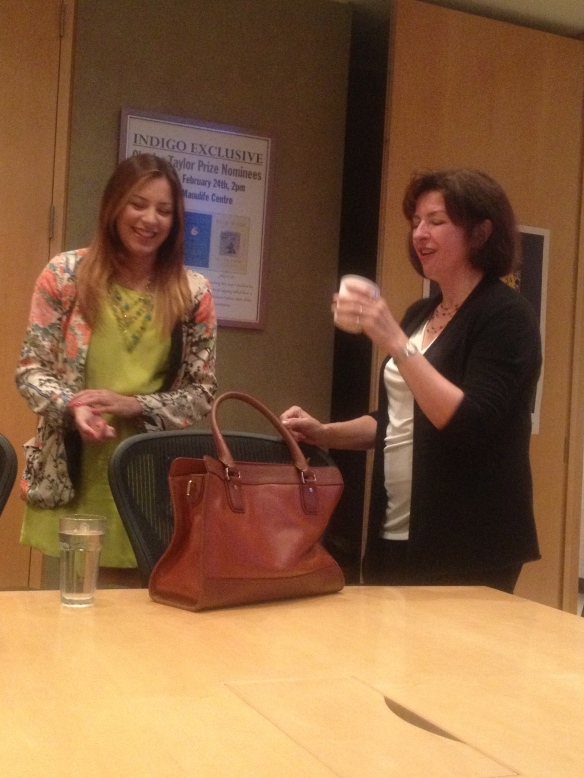 Thanks to Random House of Canada for the opportunity to meet these authors! Both authors were kind enough to sign copies of their books for my readers. Watch for giveaways soon, when I review their books on this blog. And with that, I leave you with this final image of cupcakes. Because cupcakes. 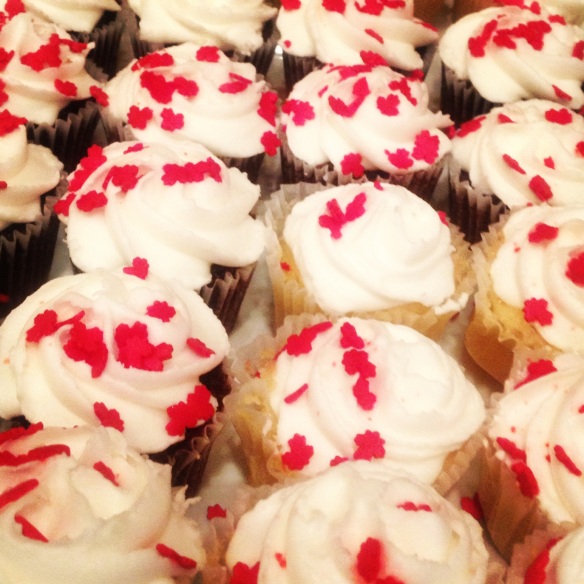