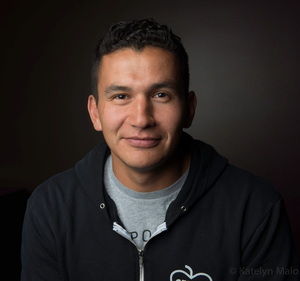 If you followed 2014’s Canada Reads debates, you’ll remember Kinew as the passionate defender of Joseph Boyden’s The Orenda. This year’s contenders had some pretty big shoes to fill — Canada was looking for “the one novel to change a nation.” The Orenda won, partly because it’s a really good book about important subject matter, but also partly because of Kinew’s eloquence and obvious love for the novel.

In a CBC press release, Kinew enthuses that he “can’t wait to host the debates.” He says, “Canada Reads is an amazing show to be a part of because it is both a chance to celebrate Canadian literature, and also to have some really important conversations which concern us all.” The theme for Canada Reads 2015 will certainly spark some important conversations: “one book to break barriers.” Panelists will debate books that change perspectives, challenge stereotypes and illuminate issues.

Personally, I’m most interested in how panelists and readers will interpret the concept of “breaking barriers.” What barriers will be privileged and deemed “significant” enough to debate? What books will be accepted as representative of whatever community is breaking these barriers? Thematically, yes, this will be a good platform to discuss diversity in Canadian literature, but I’d also be curious to see books that break stylistic barriers. A memoir written in poetry form, or a novel like S. by J.J. Abrams where handwritten notes, maps and graphic elements are incorporated into the traditional novel. Or (I hope) a book I’ve never even heard of, where the format somehow renders it more accessible for readers with some form of disability, for whom it is difficult to find books to read.

The theme is a tall order for any book. If there was a theme to push the boundaries of creative freedom in literature, this is it, and part of me wishes that with this theme, Canada Reads opened itself up to poetry, drama and other forms of literature. Imagine a work by artist and poet Christian Bök being included in the debates!

That being said, I’m still excited about the Canada Reads 2015 debates. Wab Kinew is a fantastic choice by the CBC, and the theme should raise awareness of some really important issues that literature is at least attempting to address.

Do you have a book in mind? Readers can submit their suggestions at CBCbooks.ca or tweet their suggestions to @CBCbooks with the hashtag #CanadaReads until Sunday, November 30. The Canada Reads panelists and their chosen books will be announced on January 20, 2015 and the debates will be held from March 16–19, 2015. 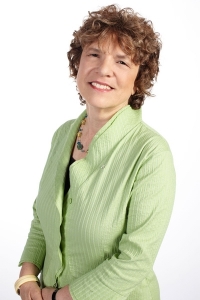 Heads up book lovers and film buffs! The Toronto International Film Festival is launching a new Books on Film series tonight, February 11. Hosted by Eleanor Wachtel of CBC’s Writers and Company, this monthly event at TIFF Bell Lightbox features filmmakers and authors in an in-depth discussion about the art of adaptation.

Can a film ever live up to the book? No easy feat, and some booklovers would say it’s impossible. Personally, there are some Poirot adaptations I’ve enjoyed more than the book, thanks to the brilliance of David Suchet. Same with the Dexter Morgan series and, quite possibly, 2011’s Tinker Tailor Soldier Spy.

*All films are on Monday evenings at 7 pm.

Which ones am I excited about?

The Innocents is based on one of my favourite horror stories ever — Henry James’ The Turn of the Screw. And to have the opportunity to listen to a critic from The New Yorker discuss it — amazing opportunity! Tonight!

I love Mordecai Richler, and I remember viewing a clip from Joshua Then and Now in a university Can Lit class. Duddy Kravitz is a classic.

I remember reading this book and feeling absolutely cheated by the ending. Still, I’ve heard good things about the movie, and am definitely interested in seeing it on the big screen.

Subscriptions to the series are available for $153 for TIFF Members or $180 for non-members (prices include tax). Based on availability, single tickets may be released closer to the event. Subscriptions are on-sale at tiff.net/subscriptionseries.

Additional bonus for book lovers: The first 100 subscribers will receive a complimentary copy of each book featured, courtesy of Random House Canada.

First film is tonight – The Innocents, based on Henry James’ Turn of the Screw.