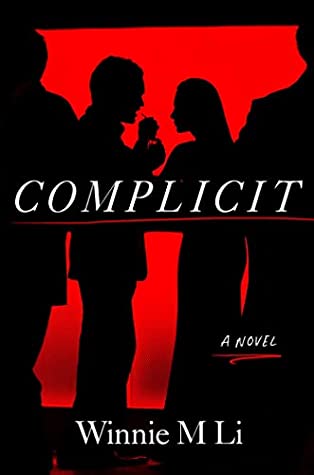 As a #MeToo novel, Complicit plays it relatively straight. Unlike the revenge thriller or dystopian fantasy version that seems more common amongst commercial #MeToo fiction, Complicit tells the tale of a young woman who enters the film industry with major ambitions to be a producer. And from the start, it’s pretty obvious how the story is going to unfold.

Our first introduction to Sarah Lai is when she’s 39, a decade removed from the industry, now teaching mostly disinterested film students at a local community college. She’d once had a promising career in film, and her last project was with Holly, a lead actor who’s since become a Hollywood A-lister, and Hugo, a powerful financier who’s now facing multiple #MeToo accusations. A reporter interviewing Sarah for the New York Times forms the frame narrative.

Two things make Complicit stand out: its heroine is Chinese-American, the middle child of Hong Kong immigrants who own a Chinese restaurant in New York. Most #MeToo stories feature white heroines, so it was nice to see the author explore how Sarah’s Asian identity, and her family’s immigrant background, added even more barriers to her making it big in film. Also, unlike many other #MeToo novels, Complicit — as hinted by its title — explores how Sarah can be both a victim of sexist exploitation, and complicit in perpetrating it towards other women.

The thing is, when the reveals about Sarah’s complicity do come out, they’re more tragic than damning. The journalist, Thom, fully exonerates her of any wrongdoing, and despite Sarah’s own guilt, he’s also very much in the right to do so. In both cases that Sarah played a role in another woman’s victimization, she was also very much an innocent herself trying to survive. And while she probably could have made different and better choices to protect other women, it’s clear that little blame, if any, actually rests on her shoulders.

All this just makes Complicit more depressing than truly disturbing or disquieting. As much as we should never be numbed to #MeToo experiences, Sarah’s story is one we’ve read dozens of times at this point, in newspapers and magazines, and even on Notes screen caps posted by various celebrities on social media. The novel does raise a valid point about how Sarah’s story, and the stories of those like her, are relegated almost to footnote status in splashier headlines about more famous figures like actors, directors, and industry leaders. And perhaps for that alone, this novel is a good call to pay attention to lesser known stories as well.

Complicit is a solid novel, and the writing is good. There are also some really strong standout moments — I love the friendship between Sarah and Holly, and the subtle way in which Li showed how things evolved on that front. I also really liked the scene where Sarah discovers a hole-in-the-wall Chinese restaurant while filming in LA, and how the place anchors her with its tastes of home. And I particularly like the novel’s depiction of Sarah’s boss Sylvia, who, as an older woman with her own film production company, was also a striking depiction of someone both victimized by, and complicit in, a sexist system. The way her star director Xander and Hugo keep sidelining her in her own production company feels all-too-relatable. And the way she tries to protect Sarah at first, yet diminishes her when she becomes a viable threat to Sylvia’s power, is a spot-on depiction of the ways in which surviving in a sexist industry can mean compromising on a bit of your humanity.

Overall, Complicit doesn’t really say anything new or surprising. But it’s a solid story, and well-told. I like how the ending gave a touch of hope.

Thank you to Atria Books for an e-galley of this book in exchange for an honest review.