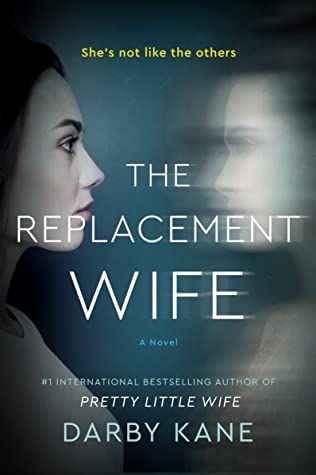 The Replacement Wife had such a great hook: Elisa’s brother-in-law Josh has a dead wife and a missing fiancee, so when he brings home a new girlfriend, Rachel, Elisa is understandably concerned about Rachel’s safety. Making matters worse, Josh says and does things that seem to cast doubts on Elisa’s sanity, and even Elisa’s husband Harris seems inclined to believe his brother over her. Set-up-wise, there are so many things about this thriller that hooked me right in.

Unfortunately, the execution fell flat for me. I like that the author set up multiple examples of how Josh gaslights Elisa, and I like that the author sets Elisa herself up as an unreliable narrator, so that even we, as readers, are sometimes unsure whether or not we should believe Elisa’s version of reality. However, after a while, the story started to feel repetitive. The series of incidents were intended to escalate the tension, but mostly, they made the book feel long, and at times, even boring. Part of it may be that I never really believed that Elisa had lost her grip on reality, versus other novels with unreliable narrators, for example, Girl on the Train, which really kept me off-balance throughout. So I felt there was little doubt from the start that Josh was a bad guy, and while I shared Elisa’s frustration that Harris couldn’t see it, I felt more impatient than anything.

I did like the bit of uncertainty the author set up about another character, and whether they were friend or foe to Elisa, but again, I was disappointed by the way this plot line played out. The reveal felt convoluted, and the resulting fallout felt rushed. It got to a point when even I wasn’t sure whether or not Elisa believed the reveal, and while I’m all for twisty and suspenseful climaxes, in this case, confusion just removed me from the story. Elisa’s behaviour during the big climactic confrontation made no sense to me, given the build-up, and while the eventual resolution did tie up loose ends, I just ended up frustrated at Elisa herself. The ending felt like a cheat, and not in a good, twist-filled way that leaves me breathless. Rather, it all just felt messy, and worse, the build-up to it wasn’t even gripping enough to make the ending all that disappointing.

It wasn’t a horrible book. It felt a bit slow, but I was interested in finding out what happens to the characters, and whether the friend-or-foe character actually was friend or foe to Elisa. Up until the climax, I would’ve considered this novel a solid, if somewhat underwhelming, 3 star thriller. But the ending just took me right out of the story, and I wish it had been handled better.

Thank you to Harper Collins Canada for an e-galley in exchange for an honest review.