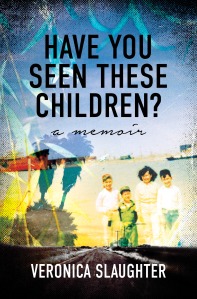 I’m always excited to discover new-to-me Filipino authors, so when I was contacted about Dr. Veronica Slaughter’s memoir Have You Seen These Children?, I was intrigued. Told from the perspective of the author’s 8-year-old self, the memoir tells the story of Veronica and her siblings as they were kidnapped by their American father and brought to the United States.

I haven’t read the book. Just with the pandemic and everything else going on in the world, I felt like the subject matter was a bit too heavy and emotionally difficult for me right now. But the concept is interesting, and I can see it resonating with many other readers, so I’ve requested an excerpt to share with you, in the event it looks like a book for your TBR.

Have You Seen These Children? publishers August 18, 2020.

From Chapter 6: The Happiest Place on Earth

We had a telephone in our coffee shop that the American customers paid us to use. Dad asked Mom if she wanted to call his friends.

Vance and I grabbed Mom’s arms and started pulling her from behind the counter. We were spinning with joy.

Mom looked at us. “I’m not coming,” she said. “You’re going with your father.”

I stopped jumping up and down. I didn’t want to go without her.

“Soling and I have too much to do,” she said, shrugging. People lined up before we were open; they could hardly wait to get their brewed coffee and warm donuts. And visiting with Dad had put Mom behind. She needed to prepare food, fry dozens more donuts, and get more coffee brewing. Soling had to stack the dishes, wipe the counter, sweep the floor, and finish folding the napkins Vincent and I had started. Mom never used paper napkins because it was wasteful, so Soling washed and ironed the cloth ones every night.

Mom thanked Dad for the envelope and told him twice to make sure we were back before noon…. Dad wrote down the number of the hotel and the names of his friends on a piece of paper, then handed it to Mom. We hadn’t finished our chores, but Mom said it was okay, we could do them when we got back.

Mom packed a large box of hot donuts for Dad’s friends. She wrote something on the box, but I couldn’t read her cursive. I loved to look at my mother’s handwriting. It was like a beautiful drawing, with lots of loops and curls.

Soling kept saying, “Mo kuyog ko nila”…. “I will go with them.” I didn’t want to go without Mom or Soling, but I also knew they had lots of work to do before opening the coffee shop. Mom told Soling not to worry…. that we’d be back in a few hours and the hotel was only a block away.

Valorie, now nine years old, was the only one with a watch because she was the eldest. Mom told her it was her job to keep track of the time and remind Dad not to be late. Then she packed our new bathing suits, small towels, and extra underwear in small plastic g=bags with handles, each one a different color. Mom always did that so we’d know which bag belonged to who.

At the last minute, Mom said maybe Vincent should stay because he was too young to be near a pool. But he started crying and ran to me; where I went, Vincent went.

“I’ll be in the pool with them the whole time,” Dad reassured her and I told her I’d keep my eyes on Vincent every minute. I promised in the name of God, because that’s what you say when you really mean something.

As I grabbed Vincent’s hand, I got a sick feeling in my stomach. I thought maybe I’d eaten too many donut holes. Then it was hugs and kisses from Mom, then Soling, then Mom again. She instructed us to be polite and behave ourselves.

Soling was not smiling. She looked upset. She held my hand tight until we got to the car. As we started piling in, I remembered my rosary. I never went anywhere without my rosary. I felt safer with it, especially when Mom wasn’t around. “Wait, Daddy, wait!” I cried, then jumped out and ran upstairs to get it.

When I came down, Mom said, “Don’t lose it, you’ll need it for Mass tomorrow.”

“I won’t!” I climbed into the backseat.

Dad took the box of donuts from Mom and told her how much he appreciated her letting us go, then kissed her cheek. It was the first time in three years she had let us go anywhere with him. I was happy she trusted him again. I waved to her and Soling out the back window. Mom waved back, the piece of paper Dad had given her with his friend’s phone number on it gripped in her fingers. Soling didn’t wave; she just stood there like a statue. I kept waving until they disappeared.

I felt that sick feeling in my stomach again.

After driving for a while, Dad said, “Okay, now for the big surprise.” He told us we were flying to America! We would have television and bicycles, and we would go to Disneyland, the Happiest Place on Earth!

There was more screaming and clapping in the car.

But not from me.

“What about Mom and Soling?” I asked.

He told us our mother knew all about the trip and had wanted it to be a surprise. He said they would be following shortly, but first they had to pack our things.

I felt confused. Why didn’t Mom tell us? Why did Dad have to beg her to let us go if she know about it? I didn’t like this surprise. I asked about Lee’s Coffee Shop. Dad said not to worry, that Mom had lots of people to take care of the coffee shop. I couldn’t imagine who would make the brewed coffee and donuts. Only Mom and Soling knew how to do that. What about all our customers? What about our apartment upstairs? What about all the souvenirs hanging on the coffee shop door? Did Lolo and Lola know we were going to America?

The sick feeling in my stomach was worse now, and it wasn’t going away.

Four young children caught between love and hate―hostages to the cruelty of revenge. A deceitful American father and a naïve decision by a Filipino mother transformed their lives forever.

Valorie, Veronica, Vance, and Vincent’s perfect world turned into a nightmare one hot afternoon in 1959 in Cebu, Philippines. What was to be a quick lunch with their father turned into a flight to America, where four dreadfully long years of running from state to state, hiding, and vanishing into the night followed. Kidnapped from the only world they knew, confusion quickly set in. At nine, Valorie, the eldest, liked seeing their father after his absence for over a year. Vance, a timid six-year-old, went along with whatever Valorie did. Vincent, the baby at three, cried for his mother while clinging to Veronica for comfort. Veronica, eight, was the only one who was truly panicked by what was happening around them―and she recognized instantly that she and her siblings would have to stick together in order to survive. In that moment, her childhood ended and the warrior within her emerged.

Moving from state to state and school to school, avoiding the law, looking over their shoulders at every turn, the four Slaughter children found themselves fighting not only the heartbreak of separation from their loving mother but also poverty, discrimination, and abuse. Their only weapons were their deep love for one another and an unwavering determination to survive the trials they faced―and find their way back to their mother. 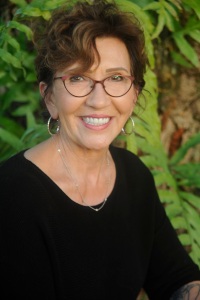 Dr. Veronica Slaughter was born in the Philippines to an American father and a Filipino mother in 1951. At eight, she, along with her siblings, were kidnapped by their father and brought to the United States. In spite of her turbulent childhood, she was able to achieve the American Dream through her resilience and determination. In 2017, she retired from her thirty-five-year chiropractic practice in California and moved to the beautiful island of Maui, where she continues to live with her many animals. She has one son; he lives in Northern California and is the love of her life. www.veronicaslaughter.com / Instagram: @VeronicaSlaughter.