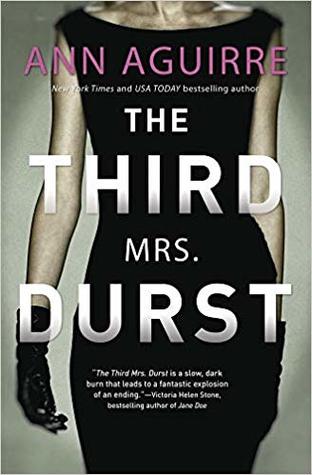 This was such a fun and satisfying read. Marlena Durst’s husband Michael is an all-too-familiar figure — the ultra wealthy man looking for a trophy wife whom he can mould into exactly the specifications he wants. He selects Marlena because she’s poor and vulnerable, and therefore possibly just desperate enough to fulfil his every whim. His rules are extreme yet unfortunately believable — they include crafting an entirely fictional childhood in Croatia, agreeing to stay indoors under guard until he invites her to go out, dressing in the fancy outfits he buys her, and behaving in such a way that leaves no doubt she is absolutely, positively not flirting with another man.

Yet from the beginning, we know that Marlena isn’t a helpless innocent who’d been sucked into Michael’s world. Having fought and scrapped her way from extreme poverty, she planned to put herself on Michael’s radar and use his wealth to build herself a better life. So while this book does set off my trigger warning alarm bells vis-a-vis domestic abuse, from the beginning, it’s also set up to be an immensely satisfying cat and mouse game, where I was cheering like hell for Marlena to succeed.

The only snag is that once Marlena does become Michael’s wife, Aguirre gives us little hint of her big plan to escape. Marlena tells us often that she’s playing the long game, but we barely see what that long game could be. We learn that Marlena needs her bodyguard to fall in love with her, but we don’t quite know why, and a bodyguard’s support is a somewhat flimsy base for the plans of someone as intelligent and cunning as Marlena. Later on, we learn that she’s tried to look through Michael’s office files, but we don’t actually see her doing so (or if we did, it wasn’t significant enough for me to remember), nor do we know exactly what she’s planning (vs merely hoping) to find.

This lack of transparency does pay off in the (immensely satisfying) ending, but I admit it was a bit of a letdown, especially after we’ve seen how masterful a schemer Marlena was before her marriage. As it was, when things get really bad — to the point that the book honestly became difficult to read — I ended up hitting a point where I doubted she ever really had a plan at all and feared that this was going to be a tragic story of abuse. Marlena deserved better, and I wish we’d seen more of her cat-and-mouse strategy along the way.

Still, overall, this is an exciting and satisfying read. I loved Marlena and her backstory, and with Michael, Aguirre has given us a villain we could truly, fully detest.

Thank you to Thomas Allen Ltd for an advance copy of this book in exchange for an honest review.