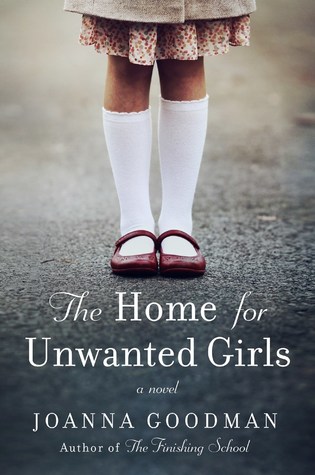 I had never heard of the “Duplessis Orphans” until I read The Home for Unwanted Girls. It’s a harrowing part of Canada’s history, and one that must’ve caused a lot of damage to the children who were affected. Basically, because hospitals received more funding than orphanages, some orphanages in Quebec rebranded themselves as psychiatric institutions and pretended that the orphans in their care all had mental health conditions. To keep up this facade, they subjected these orphans to unnecessary medication and electro-shock treatment, partly as a means of maintaining discipline, but also to continue receiving funds for their care.

Joanna Goodman’s novel is not an easy read, but neither is it a wholly depressing one. The story focuses on Maggie, a Quebecois teenager whose English father disapproves of many things French, and treats with somewhat mild disdain his French wife. When Maggie falls in love with Gabriel, a French boy at a neighbouring farm, her father’s disapproval forces her to keep the relationship secret, until she becomes pregnant and can no longer hide the truth. The book also weaves in the story of Elodie, Maggie and Gabriel’s daughter, who is sent to an orphanage and later to a psychiatric institution, and it is through her childlike perspective that we see the full extent of what these children were subjected to.

I loved learning about stuff in Canada’s history that were totally new to me, such as what happened to orphans in Quebec during that time period, and also the tensions between the English and French communities in Quebec in the mid-20th century. Goodman doesn’t shy away from portraying the bigotry from some of Maggie’s family and neighbours, nor does she pull back from showing us the extent of shame in being an unwed mother at the time.

I also loved Maggie’s story. She’s such a compelling character, and I loved how she developed from a somewhat naive and optimistic teenager to a determined woman pursuing her own brand of happiness. When she runs into Gabriel again as an adult, and decides to try to track Elodie down, I was cheering for her the entire way. I also love how she stuck to her dreams of running her father’s shop, and how even the risk of losing the possibility of a romance with Gabriel didn’t deter her from pursuing her own happiness.

The Home for Unwanted Girls is a fascinating and compelling story, and important in bringing light to a dark period in Canada’s past.

Thank you to Harper Collins Canada for a copy of this book in exchange for an honest review.