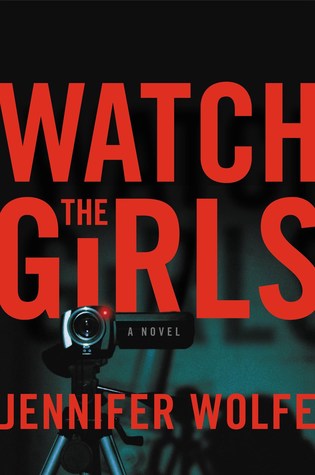 Watch the Girls is such a creepy and disquieting book that kinda reminds me of Guillermo del Toro films. Similar to what I remember from del Toro films, Wolfe uses icons from deep within the subconscious (there’s a lot of wolf imagery, and people in wolf masks) to explore the idea of innocence and what happens when that is forcibly taken away.

Liv Hendricks is a former child star who just lost her job as ‘the Daphne’ in a Scooby gang of investigators on a scripted reality show. She has been watched all her life because of her fame and her ambitious Kris Jenner-esque mother, and is now just trying to pay the bills and stay away from her younger sister Gemma, who took up the mantle of child star when Liv quit.

Liv decides to post a kickstarter-like campaign to produce a mystery solving webseries, with her highest backer selecting the first mystery she’ll solve. The highest backer turns out to be a del Toro-esque filmmaker, who wants her to solve the disappearances of several women in a small town hosting a festival of his work. So far, it’s a fairly standard thriller setup, but then Wolfe takes the story on a deeply disquieting labyrinth of twists and turns that blur the line between reality and script, nature and supernatural. The result includes strands from events 15 years in Liv’s past, that resulted in the disappearance of her other younger sister Miranda, and that prompted Liv to give up her acting career for years.

Liv’s search for the truth — given only the cryptic clue “Follow the white wolf” — leads her to some rather disquieting flashes of familiarity between the woods that she explores, animalistic sex scenes from the filmmaker’s body of work, and suppressed memories from her own life. Seemingly minor subplots like a budding romance with a nerdy-but-kinky innkeeper and the appearance of her sister Gemma to help her investigate lead to some rather chilling developments.

From the description, I was expecting grip lit involving paparazzi, a former child star, and possibly an obsessed fan. Instead, I got a book that’s certainly a thriller, with enough twists and turns to keep you on your toes throughout, but also one with some overtones of horror, and it creeped me the fuck out.

I found the writing strong and the plot tight, and while you will likely guess inklings about the various reveals throughout, none of that detracts from the atmosphere of this book. Kudos to Jennifer Wolfe for eliciting such a visceral reaction in this reader.

Thank you to Hachette Book Group for an advance reading copy of this book in exchange for an honest review.