Death in Dulwich is a fun cozy mystery about an assistant archivist who discovers her boss murdered on her first day at work. Beth is a likeable series heroine, and I particularly liked the parts about the mommy politics at her son’s school. The mystery was interesting and fast-paced, and the twists and turns believable. I like the extra drama that came with something she discovered in the school archives, and I found the big reveal rather sad, and the murderer’s motivation sympathetic. The romance with the police detective barely got off the ground in this book, but will be something for series fans to look forward to in future books.

A lot of cozy mysteries rely on the quirkiness of the heroine, and place her in increasingly ridiculous situations for laughs, which is all fine and good and something I enjoy reading. But I’m also kinda glad Castle takes a more staid approach with Beth. There’s a funny scene where her cat goes missing after a robbery, but Castle’s comedy is minimal and restrained. As a mystery fan, I also liked the random reference to Midsomer Murders. And while I don’t quite agree with the comparison to Miss Marple (Beth lacks Miss Marple’s supernaturally keen eye for human nature and slightly dotty persona), Beth is a solid series character, and the mystery is good. 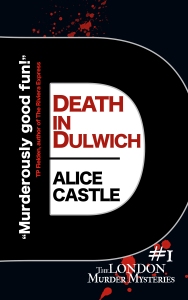 Thirty-something single mum Beth Haldane is forced to become Dulwich’s answer to Miss Marple when she stumbles over a murder victim on her first day at work.

To clear her name, Beth is plunged into a cozy mystery that’s a contemporary twist on Golden Age crime classics. But can she pull it off? She already has a bouncy young son, haughty cat, a fringe with a mind of its own and lots of bills to pay, as she struggles to keep up with the yummy mummies of SE21.

Join Beth in #1 of the London Murder Mystery series, as she discovers the nastiest secrets can lurk in the nicest places.

Before turning to crime, Alice Castle was a UK newspaper journalist for The Daily Express, The Times and The Daily Telegraph. Her first book, Hot Chocolate, set in Brussels and London, was a European hit and sold out in two weeks.

Death in Dulwich was published in September 2017 and has been a number one best-seller in the UK, US, Canada, France, Spain and Germany. A sequel, The Girl in the Gallery was published in December 2017 to critical acclaim. Calamity in Camberwell, the third book in the London Murder Mystery series, will be published this summer, with Homicide in Herne Hill due to follow in early 2019. Alice is currently working on the fifth London Murder Mystery adventure. Once again, it will feature Beth Haldane and DI Harry York. 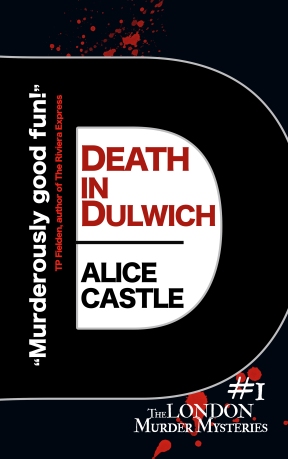 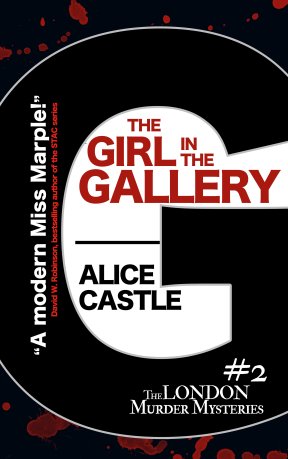 This giveaway is run by Rachel’s Random Resources.

*Terms and Conditions –UK entries welcome.  PThe winner will be selected at random via Rafflecopter from all valid entries and will be notified by Twitter and/or email. If no response is received within 7 days then I reserve the right to select an alternative winner. Open to all entrants aged 18 or over.  Any personal data given as part of the competition entry is used for this purpose only and will not be shared with third parties, with the exception of the winners’ information. This will passed to the giveaway organiser and used only for fulfilment of the prize, after which time I will delete the data.  I am not responsible for despatch or delivery of the prize.