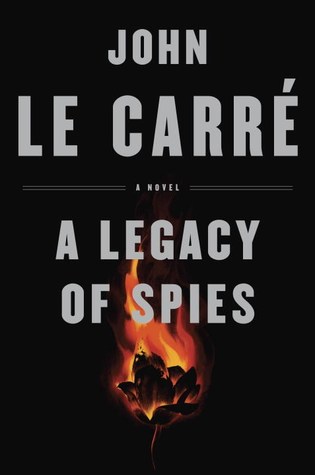 I watched the Evening with George Smiley event at the movie theatre, where John Le Carre spoke to an auditorium in England about his history with his beloved character. In his talk, Le Carre spoke about the time of Smiley, the era Le Carre himself was in the British Secret Service, with a sort of nostalgic wistfulness. It wasn’t that spies were much nicer back then — Le Carre’s novels are rife with corruption and double dealing — but there was a simplicity to their work that Le Carre imagines is very different from spy work today.

This nostalgia comes through clearly in Le Carre’s latest novel A Legacy of Spies. The story takes place in the present day, with Smiley’s colleague Peter Guillam being investigated by the Service for Operation Windfall, which took place years ago and resulted in the death of a fellow agent Alec Leamas. Legacy of Spies is a treat for Le Carre fans, combining Guillam’s memories of espionage with his present-day battle of minds with the investigators’ pointed questioning. I love the cat-and-mouse game of the present day, with Guillam being forced to take the investigators to the old safe house and Smiley’s old files, but using cunning and double speak to keep them from digging too deep.

More than that, as a big fan of the Gary Oldman version of Tinker Tailor Soldier Spy, I absolutely loved seeing Smiley, Haydon, Prideaux, Bland and Alleline together again, and in full scheming mode. As in the movies, the value of human life is secondary to that of the actual mission, and I loved the idea of a retired spy like Guillam being called to account for actions in his distant past. One of the characters calls Guillam a foot soldier, simply following Smiley’s orders, and wonders if that should exculpate him from responsibility in the wrongs the team committed. From the complex emotions that come through in Guillam’s memories of the events, the answer seems to be a clear no.

Thank you to Penguin Random House Canada for a copy of this book and tickets to the Evening with George Smiley movie event in exchange for an honest review.