The Devil and Webster by Jean Hanff Korelitz

Webster College’s first female president Naomi Roth finds herself accused of racism when a popular African American professor is denied tenure. The truth is that the professor was denied tenure because he was found guilty of plagiarism, but due to his legal right to confidentiality, Naomi is unable to make that reason public. Naomi confronts the tension between her own activist past and sympathy for the students protesting the decision, her own daughter joining the protests, and the responsibilities that come with her position.

I liked the idea behind this book, and the unique perspective it used. Particularly on social media channels, it’s easy to jump on a bandwagon and become very passionate about a cause without necessarily taking the time to consider the other perspective. So it was interesting to read the perspective of someone who could understand both sides, and was unfortunately constrained herself from revealing the truth. Korelitz does a good job of showing how both sides can be culpable in double talk. For example, Naomi overhears the leader of the student protests complaining that the school administration refuses to talk to the protesters, but Naomi had made clear to her staff that she wanted an open door policy for any protester who wished to speak to her. She wonders if her staff had disobeyed her, and we as readers can’t help but wonder if the student leader is lying about his attempts to open up channels of communication. Then a potential hate crime occurs and the situation gets even more charged.

Unfortunately, despite all the interesting potential for the story, it never quite grabbed me. The pacing was slow, the writing dense, and the narration a bit too introspective for my taste. The book touches on some important and emotionally charged subjects that are relevant to people interested in social justice or involved in academia, but the execution wasn’t quite as gripping as I’d hoped.

The Forever Summer by Jamie Brenner 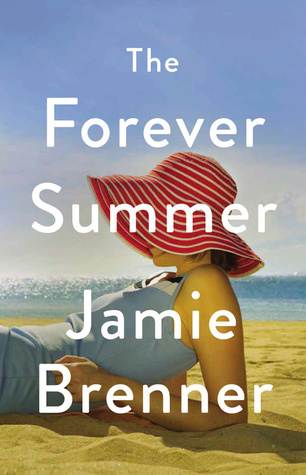 I’m a huge sucker for beach reads, and this book seemed right up my alley. High powered attorney Marin Bishop is contacted by her long-lost half-sister Rachel, who invites Marin to join her in traveling to Cape Cod to meet their mutual long-lost grandmother Amelia.

There are soap opera twists (both were fathered by the same sperm bank donor), romance, family drama, and encounters with a cast of quirky, loveable characters. The setup reminded me a bit of Elin Hilderbrand, whose work I loved, and I opened this book eager to escape into its pages.

Unfortunately, Brenner lacks Hilderbrand’s magic, and I found myself bored by the story. The characters weren’t quite compelling enough to make me care, and while there was some development and things happened to the characters, I wasn’t really interested in finding out more.

I often enjoy escapist beach reads, and love the ones with all the soapy family type drama, but this one fell flat for me.

Thank you to Hachette Book Group Canada for advanced reading copies of these books in exchange for honest reviews.